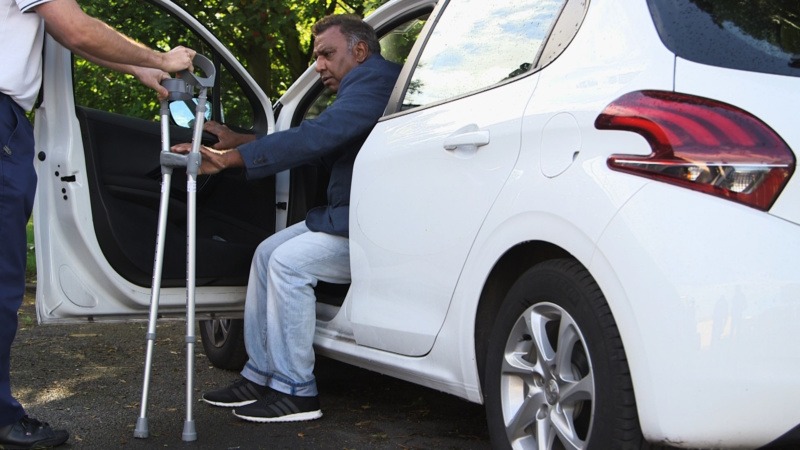 Janssen Healthcare Innovation (JHI) created the Care4Today® master brand to reflect its commitment to transforming healthcare for the consumer. The Orthopaedic Solutions sub-brand of Care4Today® has a focus on helping people recover better and quicker from knee and hip surgery, and the company provides exercises and activity demonstrations for patients facing long-term recovery after an operation.

Supporting patients post-surgery and beyond is hugely important. Not only does it improve recovery but it can also improve a patient’s quality of life long-term, while reducing treatment costs overall.

Care4Today® commissioned us to create a series of videos that provided their exercise and training instruction goals, minimised possible injuries during patient recovery. The videos were comprised of strengthening exercises and ‘Everyday Movement’ demonstrations, and had to clearly demonstrate techniques and activities for patients in a way that was easy to follow and easy to access.

The Insitu team refined scripts, worked with physiotherapy experts, produced, filmed and edited both productions. Each set of videos had a different aim, which meant that we were required to take a different approach in order to achieve the desired outcome and engage viewers in changing ways.

The strengthening exercise videos were produced in a studio environment, using performers. We adopted a light and upbeat tone with zero distractions for the viewer, allowing them to concentrate on their exercises. In post-production we added a timer clock and counter, along with a voiceover, to ensure viewers could perform the exercises alongside the video, without supervision and in the comfort of their own home.

For the ‘Everyday Moments’ videos, we shot on location using actors to demonstrate tasks in commonplace settings. As a result, viewers could recognise and relate to each scenario, making them more likely to engage with the content. Across 11 videos, challenges such as “getting into and out of bed” were performed by both male and female actors to communicate that the activities were not gender-specific.

For easy and immediate access, both series was produced to be viewed on a smartphone, tablet or computer screen. The content we produced was concise, informative and easy to follow, and helped Care4Today to deliver on their vision for patient care.

“The ‘devil is in the detail’ and you guys get that. On the face of it, two simple projects, your planning and experienced production skills kept them that way when it could have been so much harder”
- Customer Solutions Marketing Lead, Value Creation
Janssen Healthcare Innovation